skip to main | skip to sidebar

Here is a story my teacher wanted me to wright about. The aliens were everywhere they were trying to eat the school lunches but the lunch laddie used her cat-like reflexes to hold them off,they were to strong we needed reinforcement's. That's when I called in the kindergartners and 1st graders to take them out it was working. Those little kids were doing it. we are going to win.

Just then an even bigger invasion happened we were going to need all grades to do this Logan,Dru,Isaiah,Alexander,Cory,Alonso,and I were going to be the leaders of the war. We were going to use the recess balls to jam their UFOs it worked but we needed to take out the aliens we used all the ball cages and ball nets in are school to catch them. we sent them off to work for the closest KFC in town.
Posted by icody at 8:13 PM 3 comments: 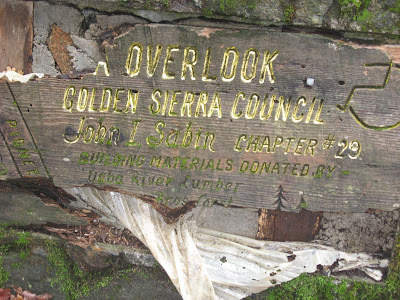 I belong to the "Lightning Patrol", troop 99/133 of Boy Scouts. Each month we go on a hike and this month we went on a hike at Diamond Head trail. It is the only trail in CA that is accessible by wheelchairs. It took about 3 hours to drive there and the trail was about 5 miles long. We saw lots of snow on cars, deer in a field and other weird animals.
Below is a salamander that was almost dead. It was so cold out it almost died. 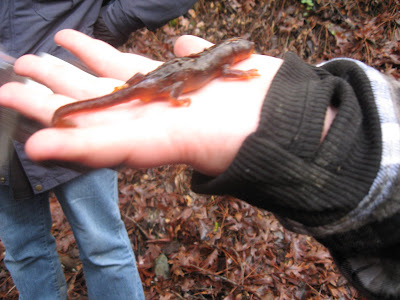 Here is a picture of the river coming down from a waterfall, just out of view. You can see the trail is made out of ramps so wheelchairs can ride on it. 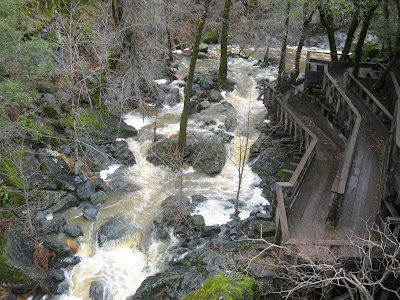 Here is another picture of the river. 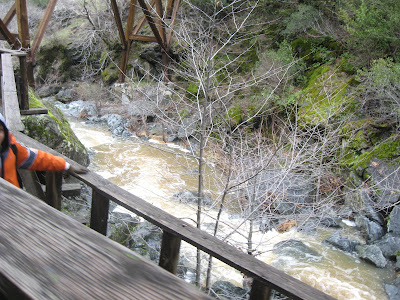 Our Scout leader brought his dog Jenny along for the hike. 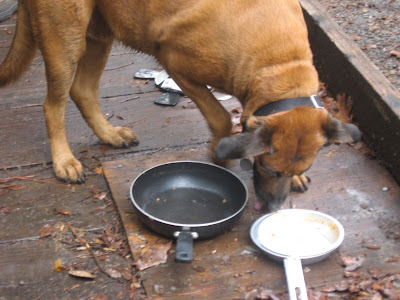 This is a picture of a water flume, which carry water to where they needed it. 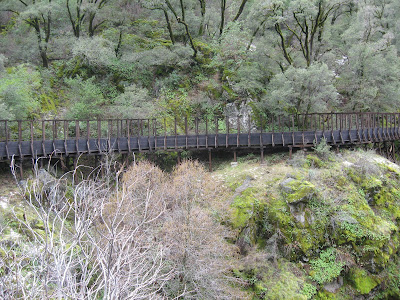 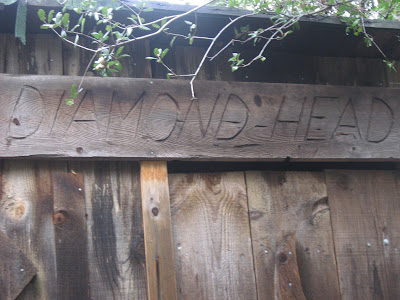 I had a really good time on this hike. I highly recommend Boy Scouts for any kids who like to hike.
Posted by icody at 6:44 PM 2 comments:

Hi i really need you to tell lots of people about this blog I only have one person looking at my blog...and its me! I really want this blog to be as good as the Woodland Journal that my dad does. I need you to tell everone with a computer to check it out. If you do i will be so happy. You tell me a story you want me to write about and I will try to write it. For all you you who play runescape,wizard 101,or wow(world of warcraft) let me know I can hook you up with people just like your level and just how good you are. In all those games you are probably better than me. In runescape I am a level 64 in wizard 101 im a level 5 in wow im a level 14 but I dont play that anymore.
Posted by icody at 12:48 PM 3 comments:

What type of video games do you like? Do you like Wii gun games or do you like XBox skateboard games. I like all games but I like sports more than I like to sit around. I would rather get up and play football than sit and play Halo 1 2 or 3. What would you rather do play sports or play video games. I like this game called RuneScape. It is an online adventure game and it is really fun for anyone who likes computer games.

Today is my second day with this blog and if you get on this and like it or even if you don't I would like you to tell to friends and tell them to tell two friends and so on. If you would like to leave a comment on how to make my blog better you can tell me what needs to be better. There is this awesome computer game called RuneScape and if you play let me know.
Posted by icody at 5:24 PM 1 comment:

I am 11 years old and love to play sports. I am doing swim team this summer and maybe even play basketball. I want you to tell lots about my blog. I have lots of pet fish, one dog, and a hamster. I love to play with my friends at school. We love to play tag on the play structure even though we are not supposed to. We also like to play ultimate tag because it involves so much running. The rules are last two people that get out to recess are the two it. When you get tagged you are it for the whole recess and are it with the others. Okay, more with my family. I have a little sister and little brother. I also have two little cousins that live with me.
Posted by icody at 8:09 PM 3 comments:

This is my first post. My name is Cody and this blog will be about random things in my life. Lots of pictures and video about the things I like. I hope you enjoy this blog.
Posted by icody at 7:42 PM No comments: